You should now understand the problems with consuming too much added sugar, but what if you've sworn off regular soda and switched to diet versions? What if you're choosing "sugar-free" products, sweetened not with sugar but with sugar substitutes like aspartame, saccharin, or stevia? Are these a better choice? 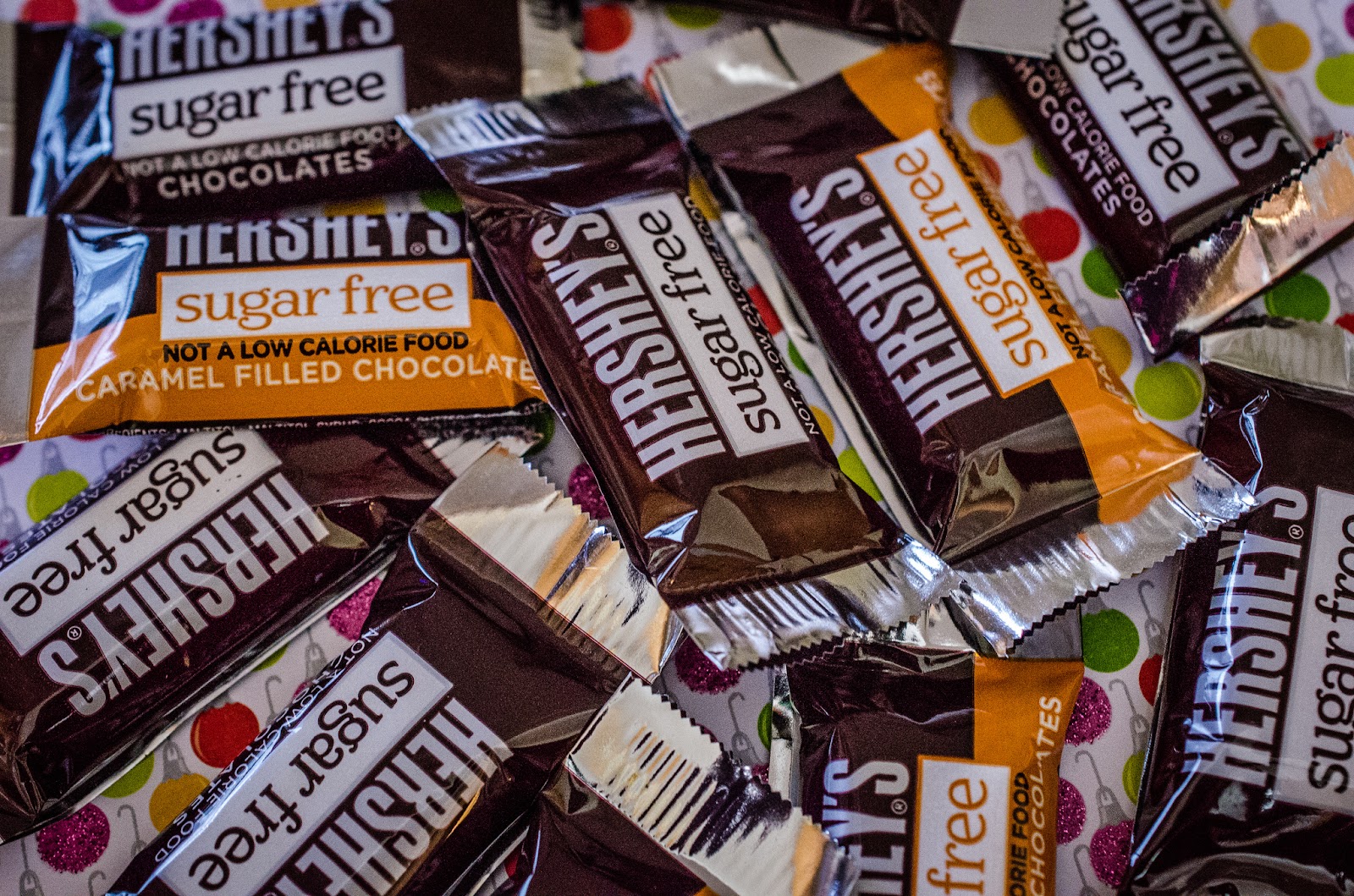 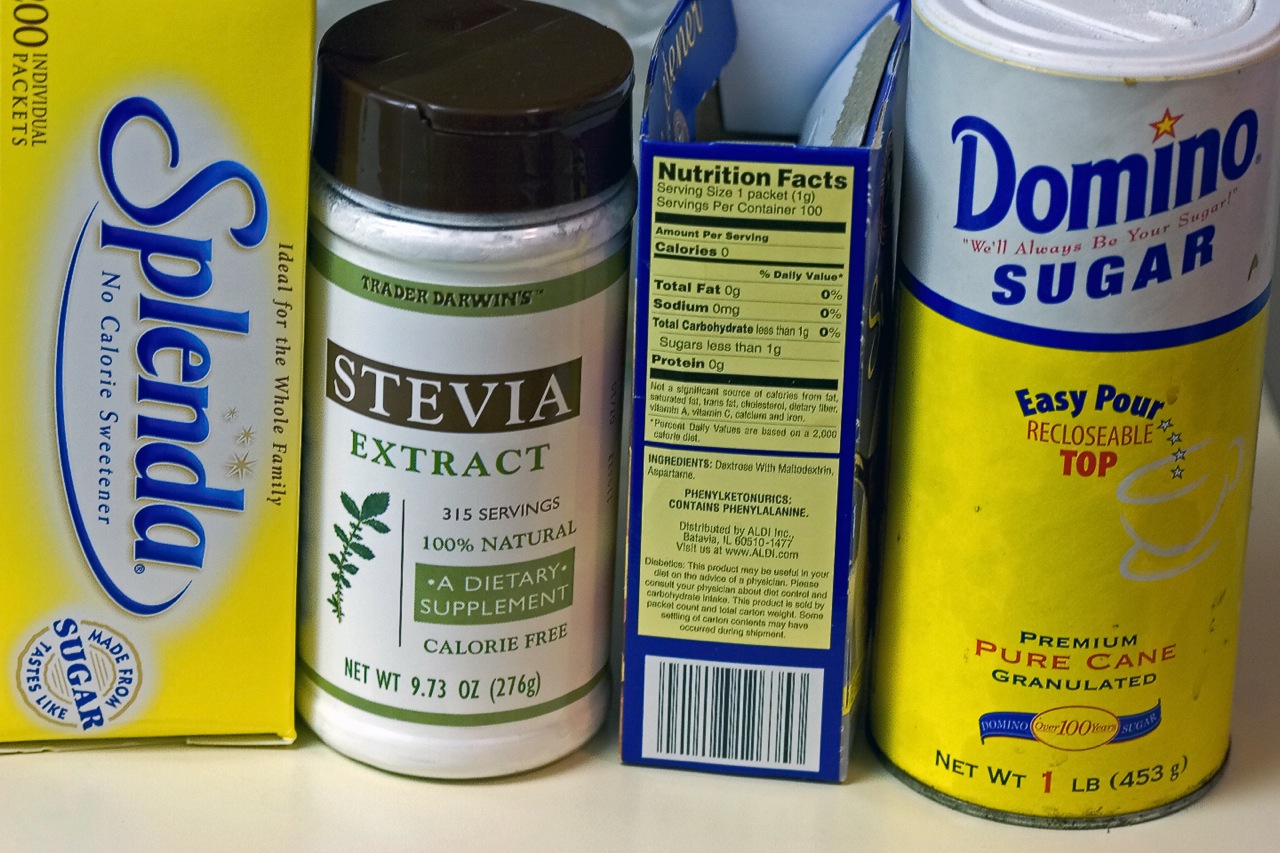 
Diet sodas are the biggest source of sugar substitutes in the American diet, but these ingredients are found in a range of foods, including ice cream, yogurt, cereals, iced tea, energy drinks, candy, cookies, granola bars, salad dressings, frozen dinners, and energy bars. Products containing sugar substitutes are often labeled as sugar-free or "lite," but some don't have any front-of-package labeling with this information, and you may not even realize that you're consuming them. With more consumers watching their sugar intake, the use of sugar substitutes is growing, and the food industry is working hard to market them as a healthier choice. We can expect to see them in more and more products, so it's important to understand what these substances are and what they may mean for our health.


What Are Sugar Substitutes?

You may find sugar substitutes called lots of different things, including artificial, non-nutritive, high-intensity, or low-calorie sweeteners. Regardless of the name, these are substances that have a sweet taste but few or no calories. In fact, they are much sweeter than sucrose, so a tiny amount can add a lot of sweetness to food. (Sweetener packets like Splenda and Equal contain a small amount of sweetener and a lot of filler ingredients.)


Table 8.1. Sugar substitutes approved by the FDA for use in the United States with their brand names and sweetness relative to sucrose.

Unlike regular sugar, the sweeteners listed in the table above are not associated with dental caries, and they don't raise blood glucose.

Correct. The sugar substitutes, sorbitol, acesulfame potassium, and sucralose are all listed in the ingredient list.

Sugar alcohols are another type of sugar substitute. They include sorbitol, mannitol, lactitol, erythritol, and xylitol. They are chemically similar to monosaccharides but different enough that they aren't processed in the body to the same extent. However, they are at least partially metabolized and contain about 2 kcal/gram (compared with 4 kcal/gram for sucrose). (An exception is erythritol, which contains just 0.2 kcal/g.) Unlike the sweeteners listed in the table above, they are not "high-intensity" but instead are generally less sweet than sucrose. Because they are not fully digested, consuming large amounts of them can cause bloating, gas, and diarrhea.

Sugar alcohols are often used in sugar-free chewing gums and breath mints and can carry a health claim that they don't promote tooth decay, because mouth bacteria can't easily metabolize them. Xylitol in particular has been studied for its ability to decrease the incidence of tooth decay. However, these studies generally use large doses. For example, a person might have to chew xylitol gum five times per day to see a benefit. The American Academy of Pediatric Dentistry supports the use of xylitol but says the evidence for benefit is not clear and that amounts required may not be practical in real life.

When people choose diet soda or a sugar-free dessert, they're probably assuming that it's a healthier choice and perhaps that it could help them lose weight. However, studies show this isn't necessarily the case.

In the short-term, if someone who drinks a lot of sugar-sweetened beverages switches to diet versions, studies show that this can result in weight loss. That makes sense, because you're removing a lot of empty calories from the diet.

However, in the long-term, studies show there isn't a clear benefit to consuming sugar substitutes. A recent systematic review and meta-analysis combined the results of studies that lasted at least 6 months. Among the randomized controlled trials, they found no difference in body mass index (BMI - a measure of the ratio of body weight to height) between people who consumed sugar and those who consumed sugar substitutes. Observational studies that tracked large groups over years found that people who consumed sugar substitutes tended to have a higher BMI, greater weight and waist circumference, and a higher incidence of obesity, hypertension, metabolic syndrome, type 2 diabetes, and cardiovascular events. Because these are observational studies, we can't conclude that the sugar substitutes cause these health outcomes, but we can conclude that their use is not associated with better health.

When it comes to weight management, the goal is to adopt eating habits that support a sustainable healthy body weight. Sugar substitutes might help in the short-term with decreasing calorie intake and perhaps gradually moving away from sweetened beverages, but better long-term goals for health would be to shift to water and other unsweetened beverages. If you're looking for a way to sweeten your oatmeal or yogurt, you might try adding fresh fruit rather than sugar or an artificial sweetener packet. (Or go ahead and add a bit of brown sugar or a drizzle of honey, keeping in mind the overall goal of moderation.)

Over the years, there have been a number of concerns about non-nutritive sweeteners. For example, in the 1970s, studies showed that saccharin was linked to bladder cancer in lab rats, so it was labeled as a potential carcinogen, although its use as a sweetener continued. In 2000, after many studies showed no link between cancer and saccharin, the warning labels were no longer required. Some studies have also raised concerns about a link between aspartame and sucralose and cancer, but the FDA has reviewed this evidence and concluded: "Based on the available scientific evidence, the agency has concluded that the high-intensity sweeteners approved by FDA are safe for the general population under certain conditions of use." The National Cancer Institute also says there is no clear evidence that high intensity sweeteners cause cancer.

Fig. 8.2 - A "Saccharin Notice" sign warns consumers that a grocery store shelf contains products with saccharin, which has been shown to cause cancer in laboratory animals. Between 1977 and 2000, products containing saccharin had to include a cancer warning label. This requirement was removed after the U.S. Department of Health and Human Services determined it was not a concern in humans at doses typically consumed.


There are other emerging safety concerns about sugar substitutes, though. Small studies on both mice and humans show that consuming artificial sweeteners can change our gut bacteria and cause glucose intolerance. Glucose intolerance means that blood glucose is abnormally elevated, showing that glucose metabolism is not working properly, and it is a precursor to the development of diabetes. Other researchers worry that having the taste of sweetness signaled to the brain without accompanying calories could derail our normal pathways for sensing hunger and satiety and for regulating glucose metabolism. This research is alarming but still preliminary. However, it is an active area of study, and we can expect more information to emerge in the years to come.


Are Natural Sweeteners Better Than Artificial Ones?

Sweeteners made from the stevia plant and from monk fruit extracts are both derived from plants and so are considered more natural than the other choices. However, it's important to not confuse natural with safe. Remember that many things in nature are dangerous, even deadly. (Consider cyanide, poisonous mushrooms, and botulinum toxin, for example.) Stevia sweeteners, which are growing in popularity and are often marketed as a more natural alternative, are made through a highly industrial extraction process, and some are produced by genetically-modified yeast. None of that makes them inherently less safe, but it does highlight that they aren't exactly natural. 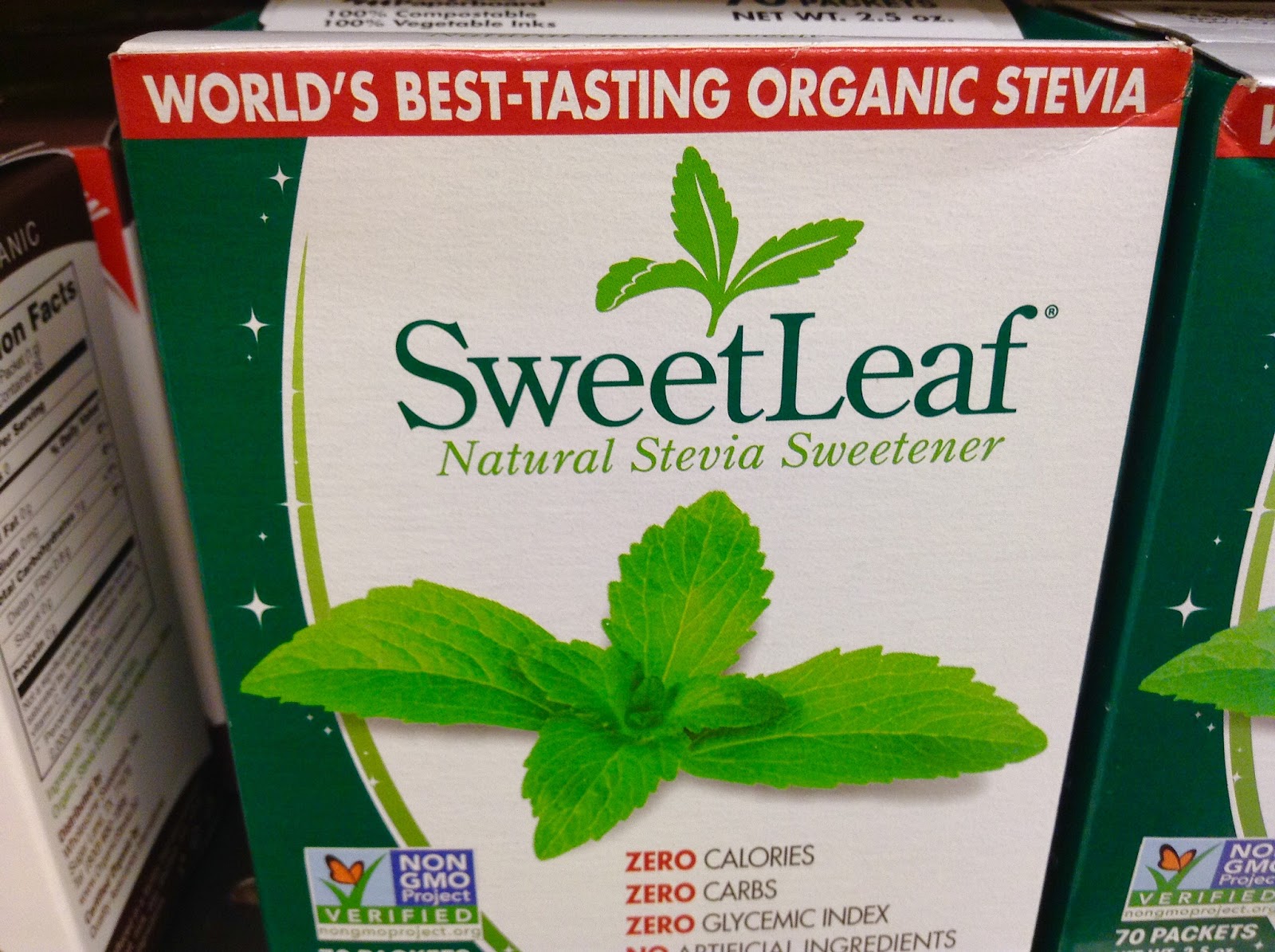 What's important is how well these products are tested and studied for their safety. The Center for Science in the Public Interest, a consumer advocacy nonprofit organization, has criticized the FDA for not requiring more testing of stevia and monk fruit extracts, although they recommend stevia as one of the safer options for sugar substitutes based on existing data. However, recent research has shown that, like artificial sweeteners, stevia also affects the growth of gut bacteria.

Sugar substitutes can add sweetness to a food without the calories, and they aren't associated with tooth decay. Despite concerns over the years, they probably don't cause cancer. However, they may not help with weight loss or maintenance in the long-term, and recent research shows that they may alter the gut microbiota and metabolic health.